I’ve been away from the UK for well over a year now and have no intention of moving back. Sure, I have the occasional longing for a portion of fish & chips, to pop round to my best mates for a cuppa or be in the presence of overly polite people, but who doesn’t? After three idyllic months in Madrid I ended up in Amsterdam to be closer to my boyfriend (which is kind of hilarious when you consider one of the reasons I left the UK was to escape the shitty weather). On the whole life abroad is pretty dam good; sadly this is not an article about the joys of living in another country, it is a good old British moan about all the things that suck when you’re an expat. 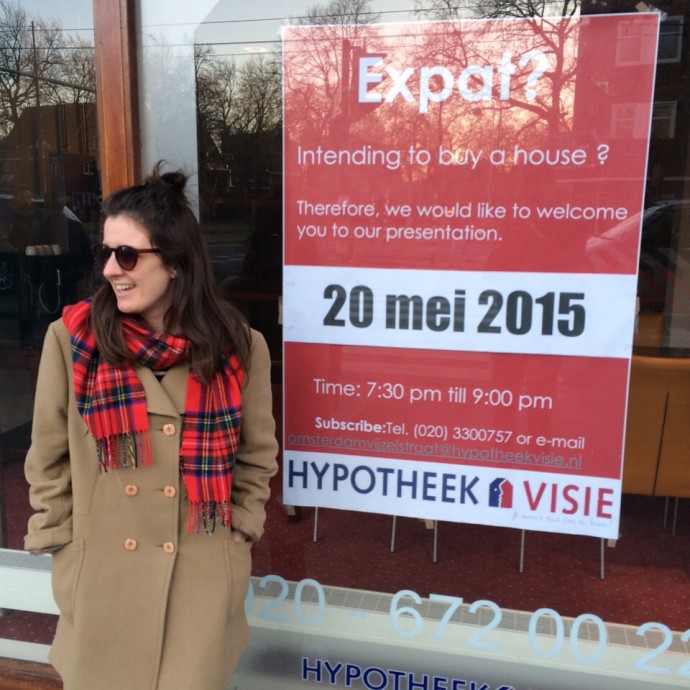 I am an Expat

A letter arrives on my doormat, I open it, don’t understand a word of it, then proceed to panic about its contents until Victor (boyfriend and Dutch citizen) arrives to tell me it’s a boring letter about pensions and to put it in the bin. It is kind of fun having a boyfriend turned secretary who helps you fill out your taxes, but at the same time you do feel a little bit more of your independence being snatched away with every form you can’t fill out. In the Netherlands the tax office aren’t even allowed speak to you in English on the phone, so unless you have a Dutchie around to help you out you’re kind of screwed.

All your friends are expats

In Madrid I had lots of Spanish friends, you only need meet a Spaniard once and they will welcome you into their family and introduce you to all their friends. Dutch people don’t want to be your friend, and they don’t want to introduce you to their family (unless it’s at an awkward birthday party where you have to kiss everyone). They already have friends who they have carefully scheduled into their diaries for the coming year. Lucky for me I work in an office full of expats, who are all in the same friendless boat and have all become friends with each other. It’s great having friends from all over the world but it sucks when they decide to move back to the part of the world they came from in the first place! The leaving party of an expat pal 🙁

You don’t understand what the hell is going on

It took me a while to grasp whether the checkout assistant was asking me to get the hell out of the way for the next customer or if I wanted a receipt. Now I can finally respond to complex questions such as “What do you want to drink?” I can function in society on a very basic level. People say you don’t need to speak Dutch to live in Amsterdam but it is always nice to know why people are yelling at you and to be able to listen into other peoples’ conversations. Plus, if you go out with your Dutch boyfriend and all his Dutch friends you’re going to feel like a right dumb ass when you’re sat there with a vacant look on your face the whole time.

It’s Christmas, and along with everything you’ve spent on presents you’ve got to fork out even more of your hard earned cash to actually fly home and be with your nearest and dearest. Let’s not forget your friends’ weddings, birthdays, new babies or the fact you simply haven’t seen them for a while. Of course, as those wise people at Mastercard once said “Spending Christmas with your family: priceless” (see video below and try not to cry), but when there are only limited funds you do have to plan your trips very carefully. I count myself lucky that the Netherlands isn’t that far from the UK, but if I were to live further afield there are certainly sacrifices I would have to make.

Life as an expat is tough but should I be allowed to complain? I am eternally grateful that I get to live in one of the most beautiful cities in the world; that I get to cycle home from work every day; and that I have the freedom to travel… just try telling me that when I’m trying to figure out my health insurance bill!

Running your own business For around 4 years I ran my own small business, a vintage clothing brand that I started with a friend in early 2010. We took…

The best fries in Holland Amsterdam is awash with places claiming to serve "Holland's best fries" but I do believe I've found the real deal! Now first up these…

This resonates with me on so many levels. I think it really applies to anyone that lives in a country that doesn’t speak the language that they speak as a first language. As a Canadian expat in Japan, i’ve been told that I can get by here with little to no Japanese but really, when someone is yelling at you in an incoherent stream of Japanese, it’s time. Plus being friendless really sucks.

Hi Melissa, it can be really tough. I’ve had so many friends leave in the last few months. It’s all worth it for the adventure though right? 😉

Haha yeah it’s definitely an adventure. I can’t say I’m not enjoying my time or that I hold any resentment towards this country. I think it’s just the struggle and being out of the comfort zone that makes things difficult but I know that, that’s the beauty of it. Either way, really gratifying read. Thanks for sharing your honest thoughts!

There is nothing I love more than good Indian food, something which I have certainly missed since I left the UK (Brits really are…