I’m a city girl through and through.  I grew up near Birmingham in the UK and have lived in cities ever since.  I thrive on the hustle and bustle of the people and enjoy the stimulation cities offer in terms of things to do, be it art galleries or simply strolling around and looking at the architecture.  I also love the choice and variety cities offer in terms of dining and drinking which is why I can’t see me living somewhere remote at this stage in my life. 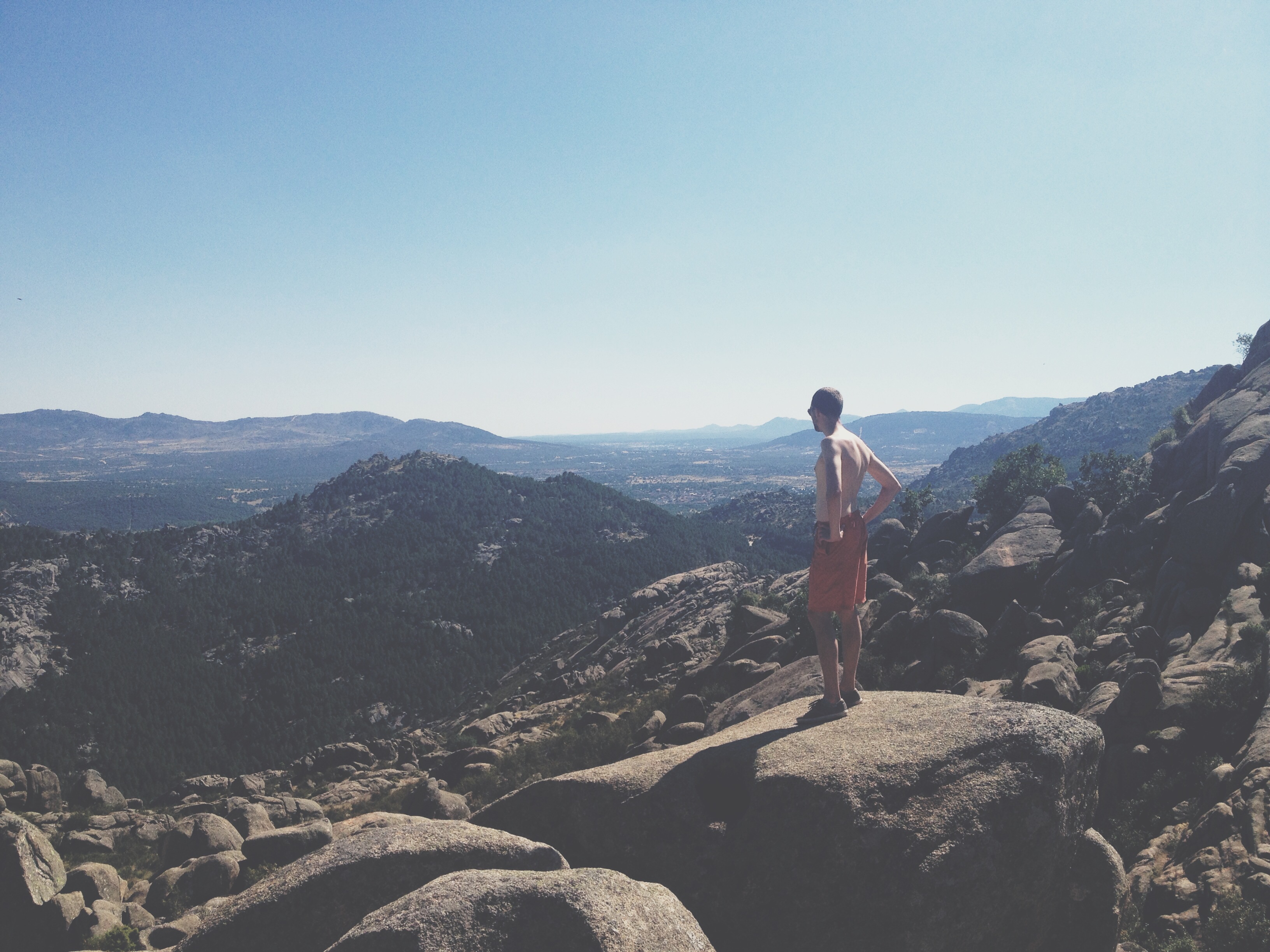 Having said all this sometimes a girl needs to escape the noise and pollution and indulge in some peace and quiet.  When I lived in Leeds in the UK this was as easy as jumping in the car and driving up to the Yorkshire Dales or out to the coast, however in Madrid there is no car so escaping is slightly more long winded but still very do-able.

After around 2 months living in Madrid I decided it was about time I ventured out of the city, especially as the boyfriend was visiting and I could drag him along for the adventure.  Friends had told me about Manzanares el Real, a small town in near the Cuenca Alta del Manzanares Regional Park and about a 45 minute bus journey from Madrid, perfect!

The journey to reach our mountainous destination consisted of a metro journey, a bus journey and a good half hour walk in the midday heat before we reached the start of our adventure (see the end of this article for directions).

Walking in the national park is straightforward as you can follow either the red, white or yellow trails marked on rocks along the route.  If you want to take it easy (my original plan) you can follow the trail along the river and stop at various pools to swim, sunbathe and a enjoy a leisurely picnic. My boyfriend had different ideas and decided as there was a mountain we needed to climb it (can I point out that it was July and approaching 30 degrees). We followed one of the trails up and up, taking regular breaks to guzzle down water and shelter from the burning sun under the giant rocks.  Despite the heat, the climb wasn’t too challenging and as we ventured higher and higher the views became better and better (and my forehead became redder and redder). 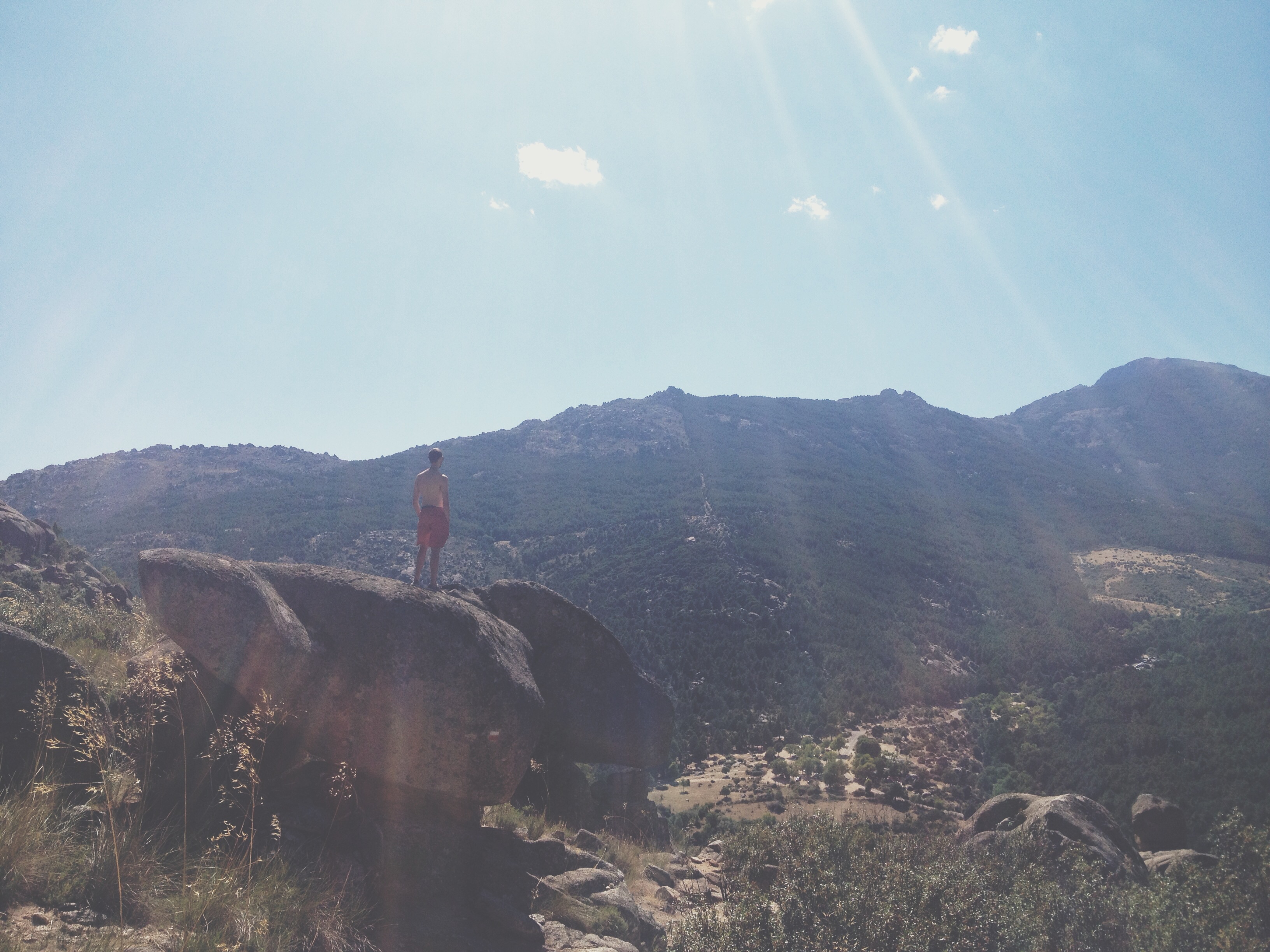 When we reached our highest point there were breathtaking views over the town and lake with Madrid in the distance to the South (we were almost at the top of the mountain but we were worried we might miss the last bus back to Madrid if we didn’t begin our descent soon). It was definitely worth the effort and mild heat exhaustion.

After our descent, to say we were hot and thirsty would be an understatement so we stopped for a celebratory beer at a cafe towards the bottom of the mountain.  I think I can safely say that it was one of the most refreshing beers of my life.

Getting to Manzanares el Real – take the 724 from bus stop 26 in the underground bus station at Plaza De Castilla (Metro Lines 1, 9 and 10)

From Manzanares el Real to the park – get off the bus at the second stop in Manzanares el Real (there is a huge castle, you can’t miss it).  Walk along Calle Real then turn right onto Av de La Pedriza until you reach the car parks at the start of the trails.

Croatia’s best kept secret Croatia conjures up images of crystal clear waters and idyllic beaches set against a backdrop of luscious green mountains. Top this off with a big…

I’ve been away from the UK for well over a year now and have no intention of moving back. Sure, I have the occasional…