Croatia conjures up images of crystal clear waters and idyllic beaches set against a backdrop of luscious green mountains. Top this off with a big dollop of sunshine and you’ve got the dream holiday destination. Unfortunately nowhere with as much to offer as the Dalmatian Coast stays a secret for long and you’ll often find you’re surrounded by other travellers and holiday makers. This is where one of the country’s best kept secrets comes in; the small but perfectly formed island of Mljet. 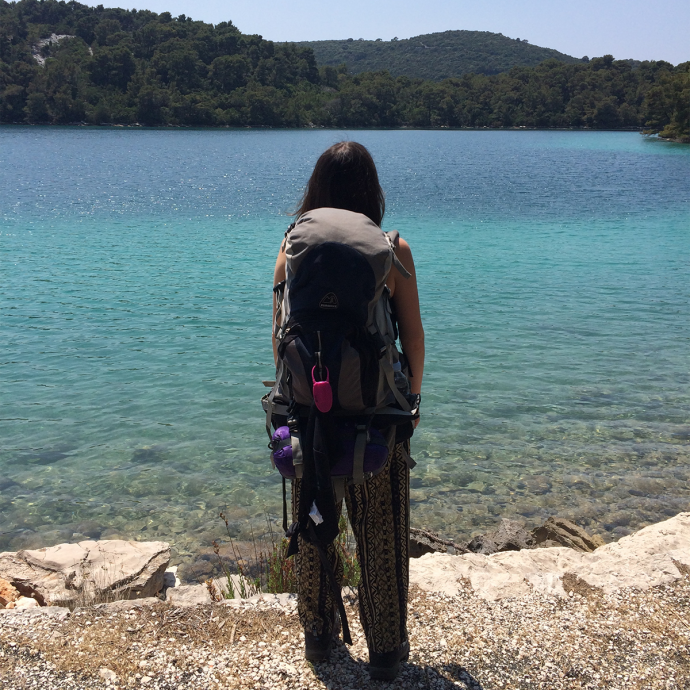 I had read about Mljet in an online article and when a friend of mine reported back that it was, indeed, a real hidden gem we knew it had to be part of our itinerary. We had flown into Split which, whilst having plenty of natural beauty and charm, was invaded by “cruise-shippers” on a daily basis, making it far to busy and touristy for our liking. We left for Mljet Island as soon as we could, boarding the 7am ferry and arriving in Pomena on the northern tip of the island around three hours later . Mljet has so few inhabitants that there is no public transport; meaning you’ll either need to hire a car, a scooter, a bike or go by foot. We decided that, due to our budget, it would have to be our feet that did all the work. Our aim was to hike from Pomena to our airbnb place in the centre of the island (22km according to google maps). With our backpacks firmly strapped on and the 30+ degree sun beating down on us we set off through the national park. We swam in the turquoise salt water lakes, took in the spectacular views and scaled rocky hills overlooking the sea.  This all sounds idyllic, and it was, but it was also rather hellish. It was the middle of the day, the heat was intense and some of the climbs were dam steep. Eventually, lacking energy and the will to live, we made it through the national park and onto the main road which runs through the island. At this point we realised we still had a long path ahead of us before we would reach our destination. As we rounded our first corner and spied the imposing incline that lay before us, we quickly reached the conclusion that it was time to hitchhike. When the first car we stuck our thumbs out for pulled over I was ecstatic that our “army training style hike” was over. The car belonged to a charming Dutch couple who dropped us exactly where we needed to be on their drive back to the mainland. Our home for the days that followed was the sleepy village of Babino Polje slap bang in the middle of the island. We stayed in the cheapest place we could find on the island (€19 per night for the two of us), which turned out to be a wonderful cave style studio underneath a farmhouse building. There was even a resident chicken who enjoyed hanging out with us during meal times and chasing the local cats. It was remote, peaceful and exactly what we were looking for. 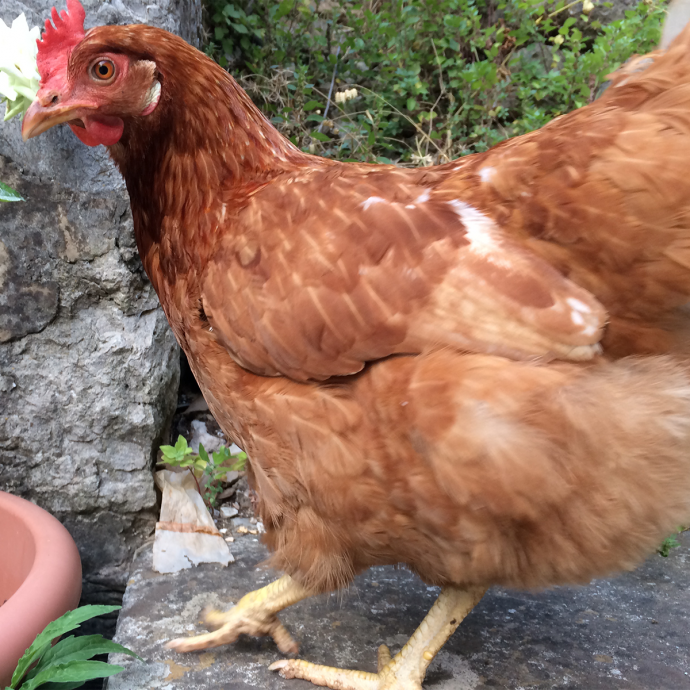 Coolest chicken I ever met

Another advantage of our location was that we were close to one of the islands other attractions; the Odysseus Cave. As this is a “hotspot” we expected to run into a lot of other people but as it turned out we were the only ones there. We climbed down to the inside of the cave (which was very hairy) then swam through the shaded interior and out into the blue sea that shimmered beautifully in the afternoon sun. It is certainly a unique place of natural beauty that should be visited if you’re ever on the island. 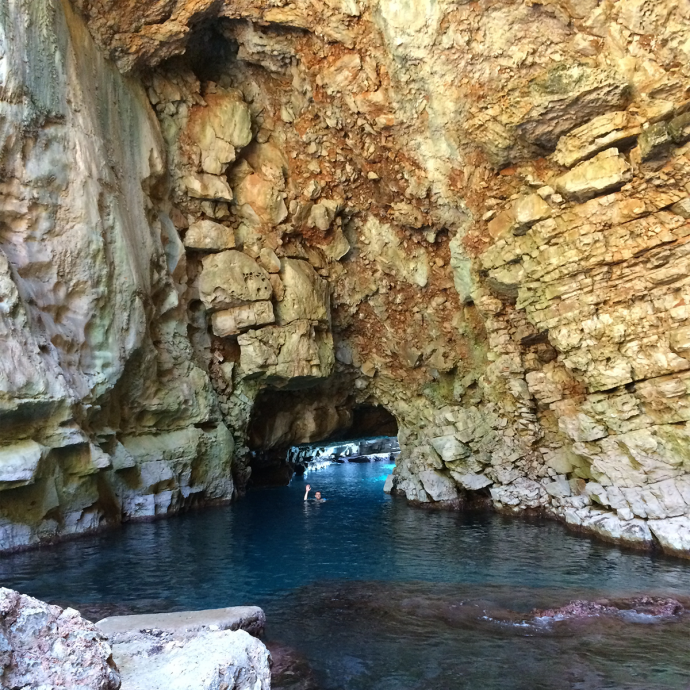 If you’re looking to experience the true beauty of Croatia, away from the swarms of tourists, then Mljet really is the place to be. It’s easy to reach from Dubrovnik and Split via the catamaran services which offer a daily service during the summer months. To visit the national park you will need to pay an entrance fee but your ticket is valid for 7 day so you can go back as many times as you want. If you travel to this gorgeous little place I hope you enjoy it as much as we did.

My first couchsurfing experience At the grand old age of 30 it was finally time for me to experience Couchsurfing for the first time. My boyfriend (Victor) is…

The Punjab is often heralded as a culinary hotspot of India, and the holy city of Amritsar is the perfect place to sink your…