Spending August in Madrid can be a bit of a drag; most of the regular inhabitants have migrated to the cooler climes of the coast and a large chunk of the bars and restaurants have closed their shutters. It’s true, Madrid is an inferno in the height of summer and it’s easy to see why workplaces close down and residents flee the scene.

As the buzzing metropolis begins to feel a like ghost town, the La Latina and Lavapies “Barrios” (neighbourhoods to you and I) quite literally get the party started as the streets and plazas burst into life for the annual Las Fiestas de la Paloma. This four day, open-air “fiesta” is a traditionally religious festival dating back to the 18th century and one of the biggest (and best) parties I’ve ever been to! The streets are adorned with decorations; music booms from every direction; food vans serve up every cuisine under the sun; revellers dance in the streets; and everyone is having a bloody good time. Bars set up outdoor stands on every inch of pavement, dishing out the infamous “mini beers” (more like buckets of beer). The atmosphere is nothing short of electric and the warm nature of Spaniards means you’re sure to make a new friend or two. 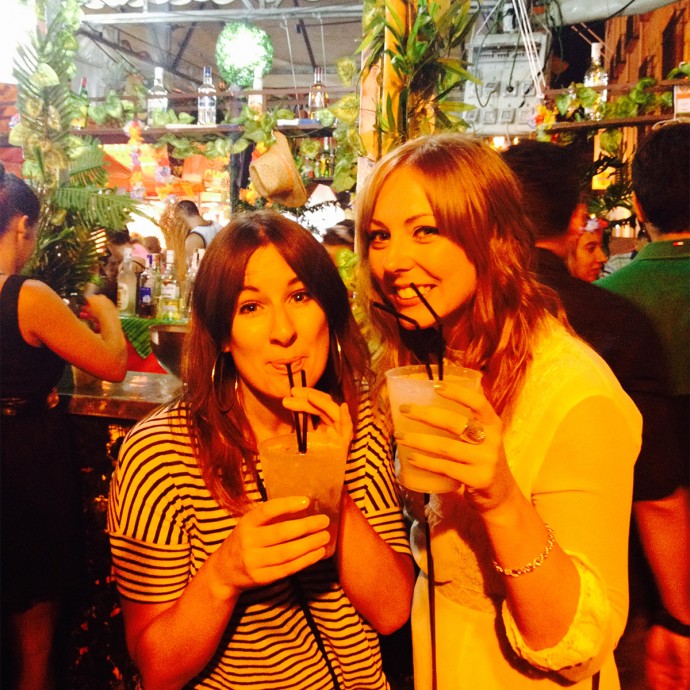 Indulging in a Mojito at Fiestas de la Paloma

If you’re ever in Madrid around the 15th August make sure you head to Plaza de la Cebada and the surrounding area to join the non-stop party!

Madrid tips for foodies Madrid is a city bursting with tasty tapas treats so it's pretty hard to go wrong when hunting for something to eat.   Practically…

Best rooftops in Madrid I'm a sucker for a good view, and when visiting a new city getting up high and taking it all in from above is…

The best flea markets in Europe No getaway is complete without a spot of souvenir shopping and if you’re looking for an alternative from the usual t-shirts, magnets and mugs…

Last month we ventured to the west coast of Ireland to take on part of the famous Wild Atlantic Way, a series of roads…