I am by no means a food blogger but for me travelling isn’t travelling without sampling every local dish I can get my hands on (or should that be knife and fork into?). A country or region’s cuisine can often tell you something about its history, culture or geography and sometimes has a lovely little story to go with. Take for example the renowned Francesinha dish from Porto, said to have been invented by an emigrant who returned from France and adapted the typical croque-monsieur to suit the Portuguese palette, or Gazpacho (cold soup) which some say derives from an Arab soup that arrived in Spain and Portugal with the Moors — fascinating stuff!

If you’re looking to plan a trip centred around food and wine then look no further than Portugal’s best kept secret — the Alto Minho. This northerly region is home to the refreshing and summery vinho verde wine, fish straight out of the sea and numerous other tasty delights. Our journey took us to various gastronomic hotspots throughout the region, using the delightful Hotel Minho (which is a hotspot in itself) as a base. You can read all about my stay here 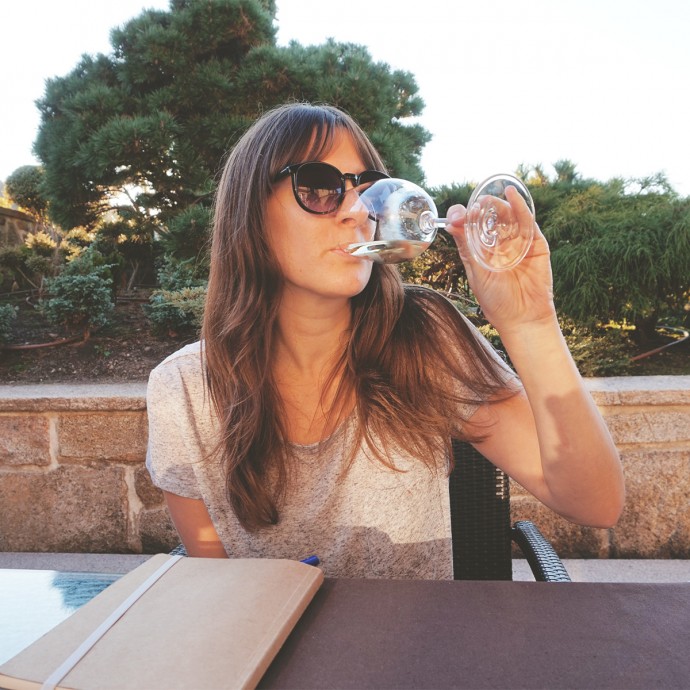 Sampling the delights of Northern Portugal

From Porto airport we drove north, crossing over the river Lima which serves as a picturesque gateway to the region. We had arrived in the Lima Valley – the first of the valleys we would encounter and the producer of the light and fruity Loureiro wine.

Our feast began with a big bowl of perfectly seasoned shellfish and our first taste of the much anticipated Loureiro wine.

Our first foodie stop was a surf school come restaurant right next to the ocean, Viana Locals. I know what you’re thinking: FISH… and you’d be correct. Our feast began with a big bowl of perfectly seasoned shellfish and our first taste of the much anticipated Loureiro wine. We sampled the Arca Nova white wine which is so fresh it almost feels like it is lightly fizzing in your mouth — for a hot, sunny day it doesn’t get much more perfect! For our main course we dined on fresh sea bass and dorada caught earlier that day — for around €9 per dish you really can’t go wrong. The light wine served as the perfect accompaniment to the subtle flavours of the fish, and to compensate for all the “lightness” of our meal we opted for a rich dessert of crepes with raisins and port wine leaving us suitable stuffed. Fresh off the boat

That evening, prior to dinner, we were treated to a spot of wine tasting at Hotel Minho with local expert Bruno. As we had moved from the Lima valley to the Minho valley, it was time to sample the Alvarinho wine. We enjoyed a delightful wine and cheese pairing, starting with Pássaros vinho verde with a variety of local cheeses. Next we moved onto the more complex Muros de Melgaco wine which owes its stronger taste to the fact that it has been in casks for six months (this is not common practice with vinho verde wines). I always knew the importance of serving wine at a certain temperature but these guys take their wine extremely seriously and Bruno even showed us a bottle which has a heat sensor on the bottle to ensure it is juuuuuuuust right when you take your first sip — now that is dedication! 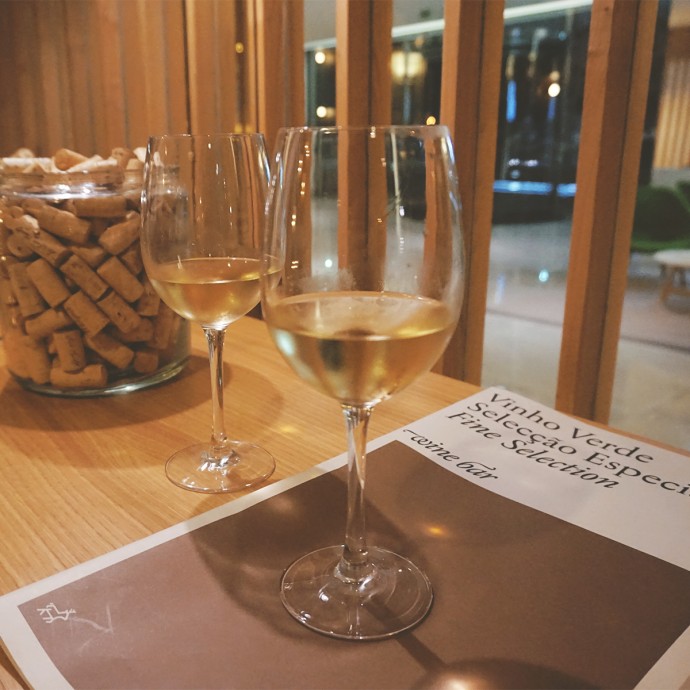 I raved about “Braseirão do Minho”, located next to the hotel, in my previous article but as this post is dedicated to gastronomy I can wax lyrical about it even more. The restaurant decor is slightly understated and does not prepare you for the culinary delights that you’ll find on your plate. If you sample only one dish here it must be the local speciality of deer, which is cooked slightly rare and quite simply melts in your mouth. One of Portugal’s most loved dishes is its salted cod fish — known as bacalhau — which has to be soaked in water before it is cooked and served. In a country that has such ample supply of other types of fresh fish, it is fascinating that they actually import preserved fish, but as soon as you taste it you’ll soon see why! 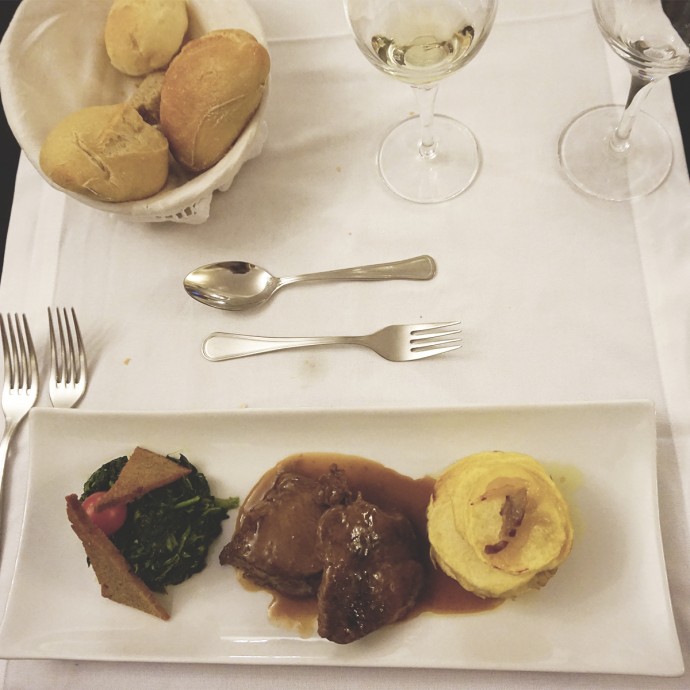 A private theatre, mother of pearl furniture and sparkling chandeliers are just some of the things that add to the opulence that exudes out of every corner.

The following day we visited the impressive Palacio da Brejoeira, the oldest Alvarinho wine producer in the region. As you pull up on the driveway you can’t help but be awestruck by the grandeur of the building, which stands you in good stead to explore the interior. A private theatre, mother of pearl furniture and sparkling chandeliers are just some of the things that add to the opulence that exudes out of every corner. The palace was built in 1906 and was bought by the farther of Hermínia Oliveira Paes, as an 18th birthday gift (most of us make do with a necklace). Hermínia is now in her 90s and still lives in the estate which produces the “Palacio da Brejoeira Alvarinho Wine” which is available for around €12 per bottle. Palacio da Brejoeira in all its glory 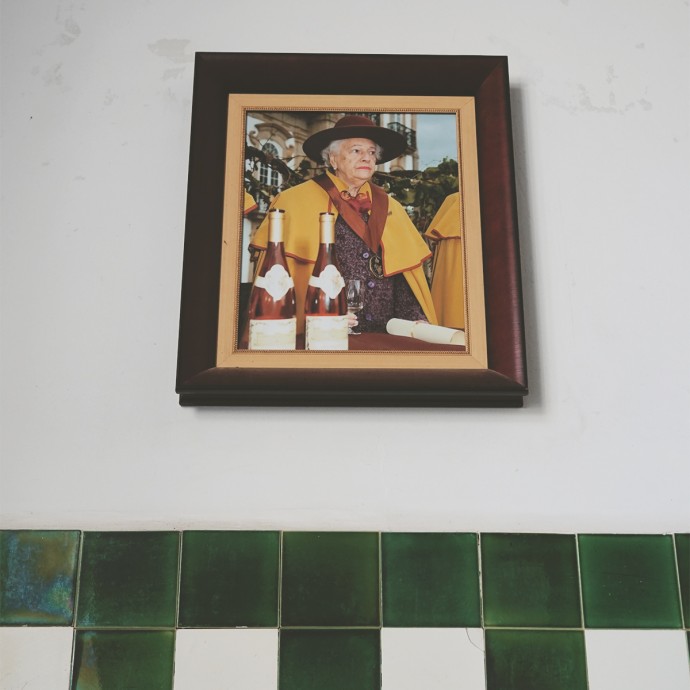 The lady of the house at Palacio da Brejoeira

After all that splendour we had worked up quite an appetite. Cozinha do Convento was to be our next stop where we would feast on an indulgent four-course lunch. The restaurant is located in Hotel Convento dos Capuchos: a former monastery turned four-star hotel. The architects and designers retained many of its original features whilst adding a modern twist and the same can certainly be said for the culinary style of chef Marco Conde who served up a undeniably amazing lunch. The chef is inspired by traditional local cuisine which he then adds his own unique and modern twist to. We were served his interpretation of “caldo verde” — a traditional soup which he told us was one of the seven wonders of Portuguese Gastronomy (and if his version was anything to go by I’d have to agree). We devoured cod which had been boiled in the same Alvarinho wine we were drinking, slow cooked veal cheeks, pork seasoned with thyme and skin-on potatoes with cabbage and breadcrumbs (which was kind of like a gourmet bubble and squeak). 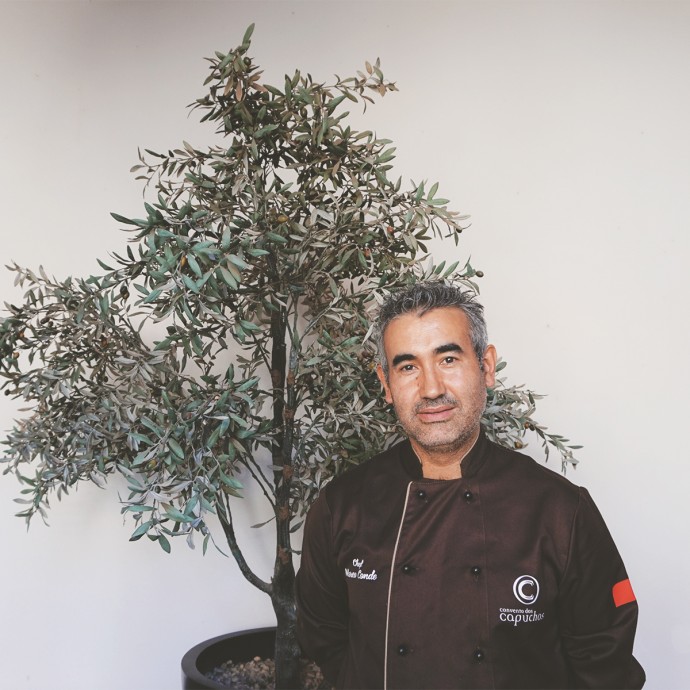 The sun was going down and our final stop was the Vale dos Ares vineyard and home of its producer Miguel. Set upon a hill overlooking the surrounding countryside, you can’t help but be taken aback by its stunning location. Miguel inherited the property from his grandmother eight years ago and it is now his base from which he produces the fine wine. What makes Vale dos Ares so special and sets it apart from other Alvarinho wines is that the grapes are grown at a higher altitude than normal and are picked three to four weeks later. We were lucky enough to sample this fresh and powerful summer wine whilst sitting on the sunny terrace with the man himself! At present the project is relatively small — producing around 10,000 bottles this year — but with plans to export in the pipeline you could soon find it in the UK and USA (and hopefully for me in the Netherlands). Getting to know our grapes with Miguel 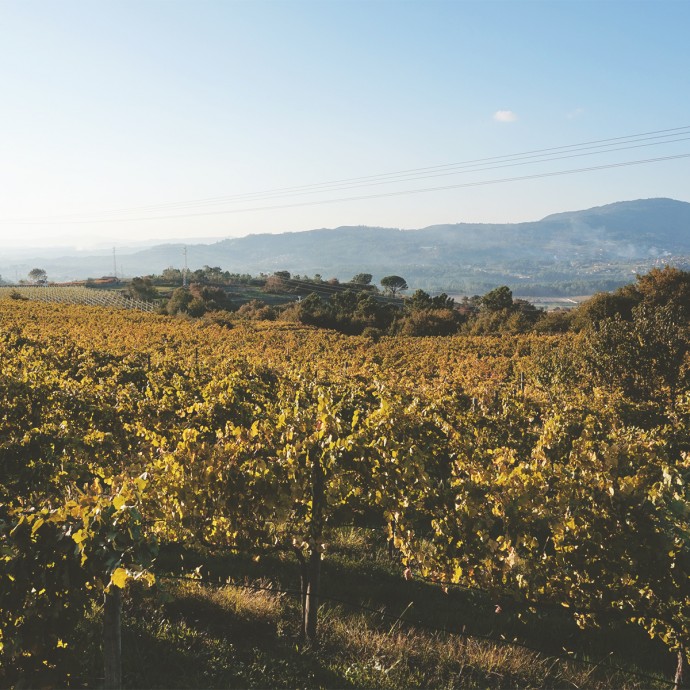 What was the best part of the trip? Asking that question is like asking a mother to pick her favourite child! Our journey took our taste buds on an adventure, from the light Loureiro to the fruity Alvarinho wine, from the subtle fresh fish to the rich local deer and everything else in between. If you are planning to the tour this area then Hotel Minho serves as a perfect base — from here you can head north or south depending on your culinary desires! Want to explore more gastronomy breaks? Take a look on the Destsetters website to get some inspiration. Happy eating!

5 awesome places to eat & drink in Porto After our culinary tour of the Alto Minho region, which you can read about in my previous post , we arrived in Porto and…

My foody highlights from around the world One of the best things about travelling is undoubtedly getting to sample the culinary offerings of another country, continent and culture. I've eaten some…

5 places to eat & drink in Porto - I Wander And Roam

[…] our culinary tour of the Alto Minho region, which you can read about in my previous post , we arrived in Porto and knew we were going to have a challenge on our hands satisfying our newly […]

Outstanding post! If I had never been there, I would surely be eager to go. But because I am from Braga (the Minho capital) living in Belgium, and all you’ve written above is in my flesh and bone, I am eager to return… Thanks and cheers!

Awww glad you liked it! You are lucky to be from such a wonderful place… I’m eager to return too 🙂

Amsterdam is awash with places claiming to serve “Holland’s best fries” but I do believe I’ve found the real deal! Now first up these…