If you’re travelling on a budget then making stops in tourist hotspots can sometimes be a bit of a strain on the old bank account. During our recent trip to Croatia we visited Dubrovnik and managed to escape without blowing our entire budget on overpriced ice cream. Here’s a few tips and free things to do if you’re visiting Dubrovnik on a budget.

Every guide book says you MUST walk the walls in Dubrovnik but at 100kn (around €13) per person that’s more than a night’s accommodation! If something is really worth doing then we are more than willing to pay but on closer inspection it seemed that the walls were riddled with tourists and selfie sticks; not for us. We had met a couple in Mljet who advised that the best views were from Mount Srð which towers over the city. There is a cable car which takes you to the peak but it was priced at a lofty 100kn each and on top of this the poor people appeared to be crammed in like sardines. We noticed on a few maps that there was a trail which zig zagged its way up the hill so we decided to hike up. You can find the start of the hiking path here.

The first part of the trail is relatively easy as the path is shaded by trees however don’t be fooled as you will soon emerge into the blistering sun again. This walk isn’t for the faint hearted, mainly due to the intense heat, but when you reach the top you can look forward to incredible views over the city and its magnificent walls. The pathway is fairly rocky so I would suggest wearing walking boots or trainers for the climb and taking plenty of water to keep yourself hydrated. 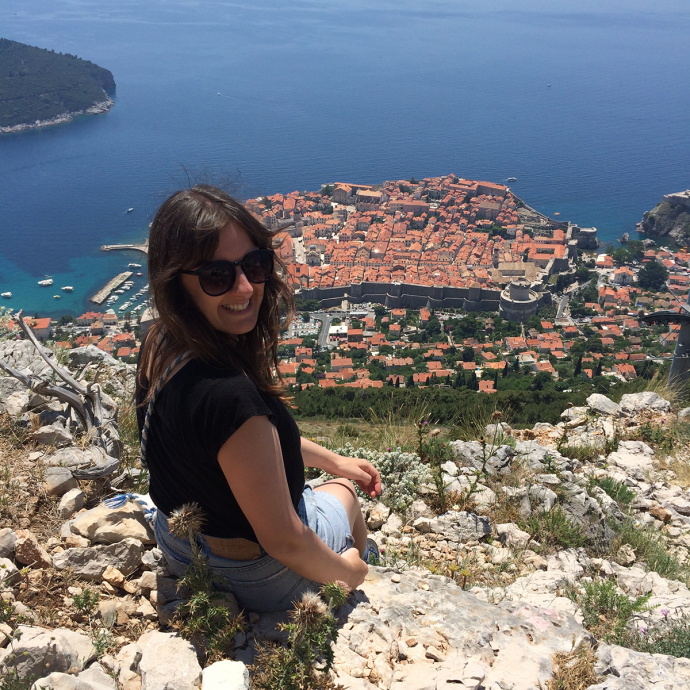 Dubrovnik’s merit as a tourist attraction has been even more exacerbated in recent years as it has provided a backdrop for a number of scenes in Game of Thrones. There are a number of companies offering ridiculously priced tours but I discovered the lovely Brands and Films Blog which highlighted a few spots which we managed to see. Also whilst you’re in the old town I suggest wandering down a few back streets where no tourists seem to be and you’ll instantly feel as if you’re walking the narrow streets of King’s Landing. 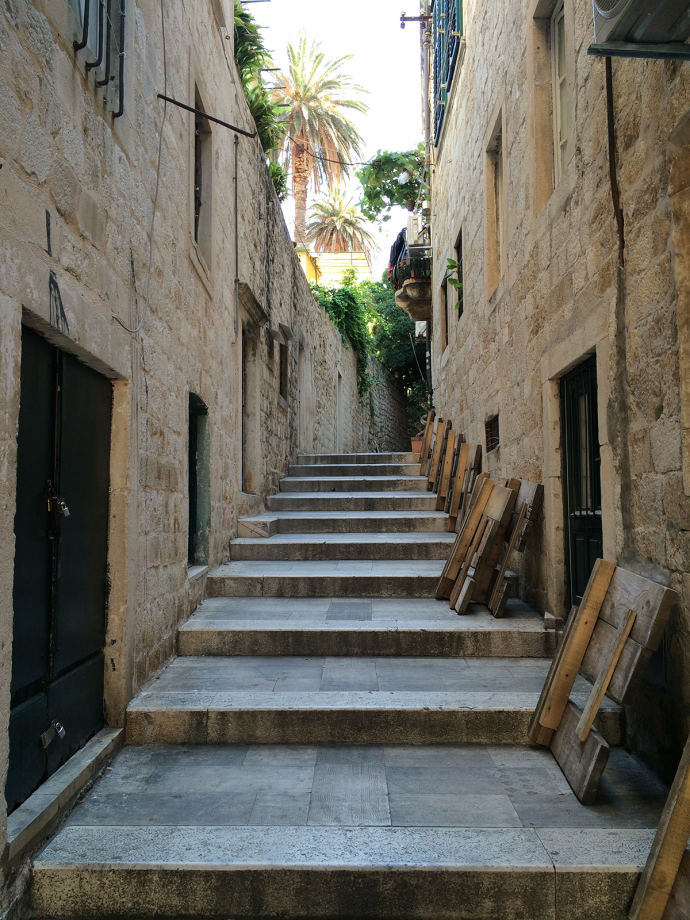 The old town is awash with fancy restaurants and whist the terraces look like a charming place to sit they are far too pricey if you’re trying to experience Dubrovnik on a budget. Step outside the city walls and you’ll find a number of “pekaras” (bakeries to you and I). They serve up a variety of delicious pastries but our favourite was the Börek filled with meat, spinach or cheese. It’s a traditional Bosnian pastry but you’ll find it everwhere in Croatia and the best thing is that they are super cheap and one of the most filling things I’ve ever consumed. 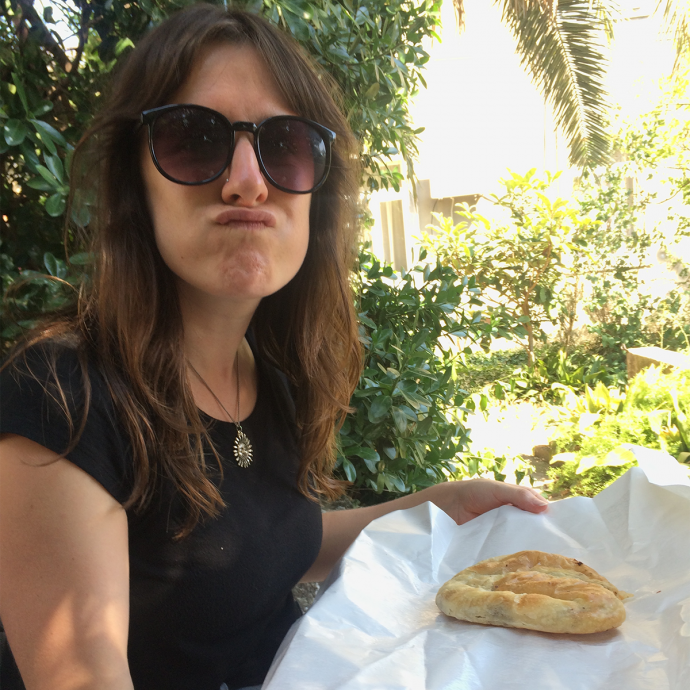 There’s no need to spend money buying drinks from shops or cafes. The old town of Dubrovnik has some of the most beautiful water fountains I’ve ever seen. Simply take your own bottle and refill at your leisure! 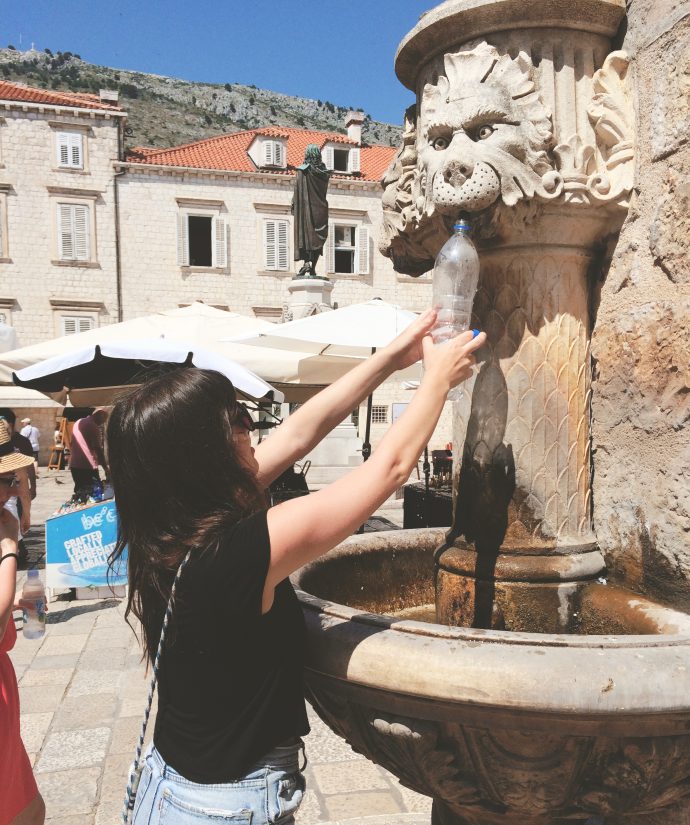 As previously mentioned there Old Town boasts an array of restaurants, and some of them even have musicians which play for the paying patrons. However you don’t need to splash out on a decadent dinner to get a slice of the action, the tunes can just as easily be enjoyed from a nearby step or bench! It’s also a great place to people watch and take in your beautiful surroundings. 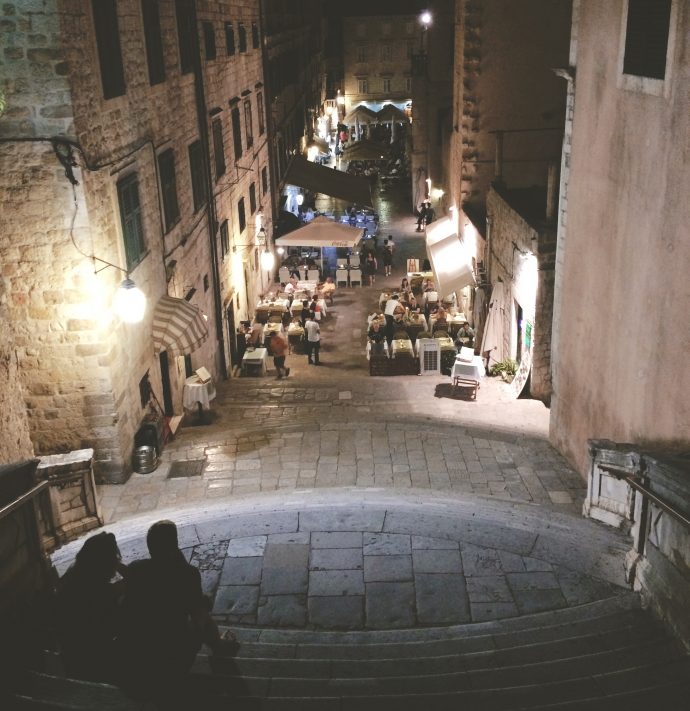 Research the cheapest accommodation in Dubrovnik

Just like the food and attractions, accommodation doesn’t come cheap in Dubrovnik. As there were two of us, we found that staying in an Airbnb was the cheapest option compared to hostels, hotels and guesthouses. If you don’t already have an Airbnb account you can save even more money off your first booking by using this link. Another tip is to stay further out of the Old Town as prices increase the closer you get to the city walls. 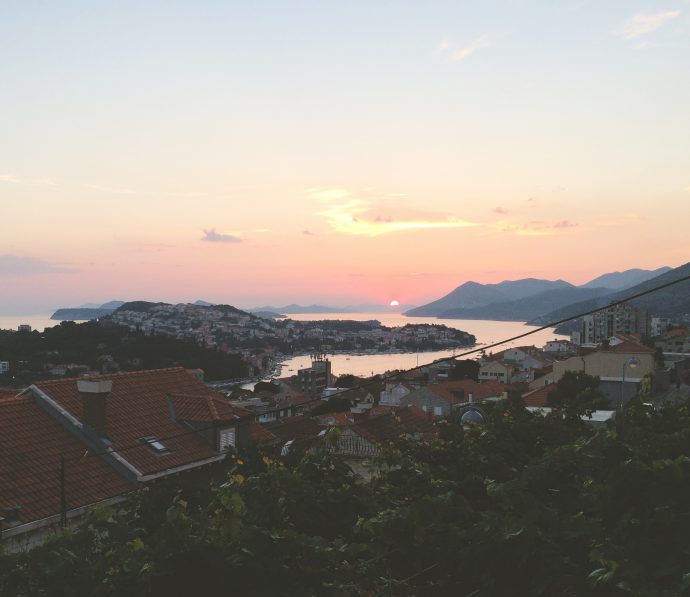 The view from our budget Airbnb in Dubrovnik

Ok, ok this isn’t necessarily a tip about seeing Dubrovnik on a budget but the reality is that the highlights can be seen in a couple of days. If you want to see more of beauitful Dalmatia or simply relax on the beach there are cheaper (and less crowded places) where you can do just that. The island of Mljet is just a short ferry ride away and here you will find much more affordable accommodation, beautiful beaches and plenty to see and do. Check out my article on Mljet island here. 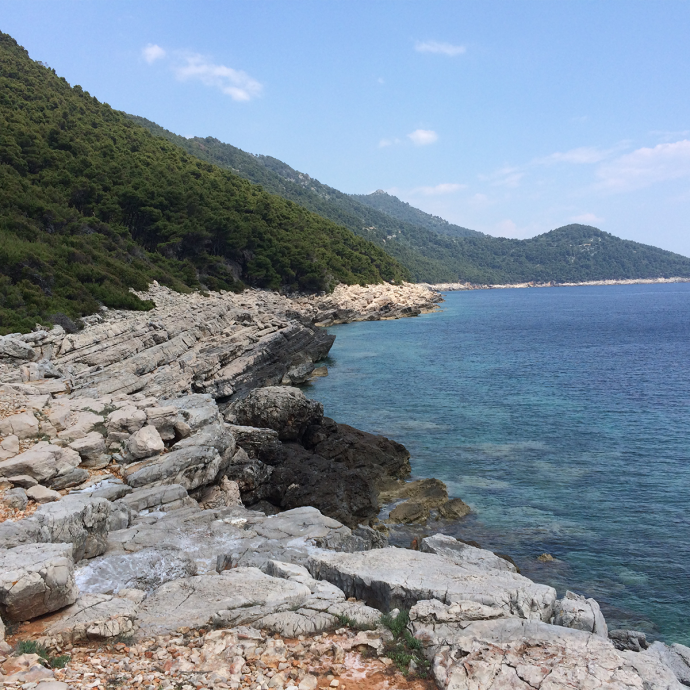 Discover the beauty of Mljet

Have you visited Dubrovnik on a budget and how did you get on?

Croatia’s best kept secret Croatia conjures up images of crystal clear waters and idyllic beaches set against a backdrop of luscious green mountains. Top this off with a big…

6 delightful cycle trips from Amsterdam I've always enjoyed cycling but since moving to the Netherlands travelling on two wheels has become a way of life. During the summer months…

Hey. I’m glad you found my blog post on Game of Thrones useful.

Thanks for the great post, we didn’t have time to see it all but it was super useful 🙂

Oh nice! Have a great trip. I seriously recommend visiting the beautiful island of Mljet. It’s such a beautiful place and off the beaten track 🙂