Meet the dynamic duo behind female-led theatre company Screw Productions — Bryony Cole and Grace Carroll. Bryony is an Amsterdam-based freelance actress, writer and producer, while Grace is a writer and script reader from London. This month, they’re bringing their production ‘WET’ to Perdu Amsterdam from Wednesday 17th – Sunday 21st October. I caught them up with them over a cup of coffee to get the lowdown on their upcoming show and what life looks like for them right now.

How did you end up working together?
Bryony – Grace and I met whilst we were both working in temporary office jobs in London five years ago. We clicked straight away. I had just moved to London and Grace had lived in London all her life so she could show me all the cool places. We both realised we were crap at office jobs, so I made the decision to take a leap of faith and go freelance as an actor and writer. Grace was already writing so it was just made sense to start working together. 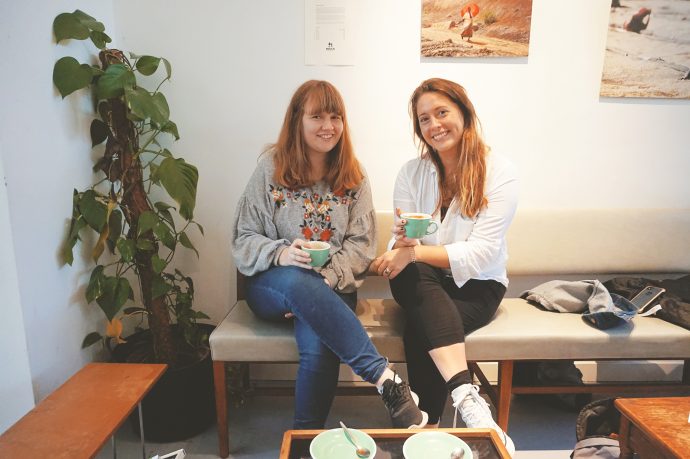 Coffee and chats with Bryony and Grace from Screw Productions

The production of ‘WET’ in Amsterdam is directed by Cintia Taylor and has a cast of six talented actors based in Amsterdam: Tessa Stephenson, Nastassia Firestone, Amelie Onzon, Hiske Bongaarts, Errol McCabe and Shane Redondo. 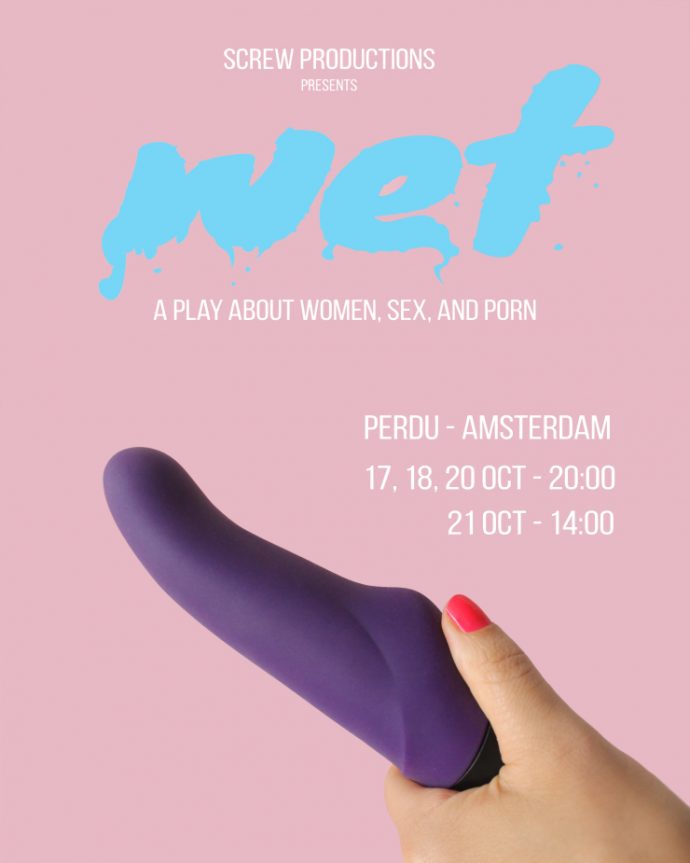 What does your average day look like?
Bryony – I don’t really have one! As an actor, writer and producer every day is different. If I’ve got my producer hat on, I’m answering emails and reading scripts, looking for shows to produce and working on current projects. If I’m acting, then I’m learning lines, working on my character and rushing off to rehearsals. If I’m writing, my day is full of brainstorming, thinking and reading. And then on good days actual writing. It can get stressful sometimes but I like it that every day is different.

Grace- I used to have a more of a day job where I would go in every day 10 am till 6 pm. I worked for a literary agency which was good since I did a lot of work with scripts, but when you’re doing your own projects on the side it can get a bit much. Especially when we were doing the London production of ‘WET’ — I would get up, go to work and then spend all evenings in rehearsals. It takes its toll. At the moment I’m script reading on a freelance basis so I can work around my own schedule but that is unstable and not well paid. I’ll probably have to get another day job to keep up with London rent prices when I’m back. Bryony and Grace from Screw Productions

What do you enjoy most about what you do?
Bryony – I love working with a project to its completion. To think a couple of years ago ‘WET’ was just an idea Grace and I had whilst drinking in a pub in London. Now we finally have a script we’re happy with, a successful run in London under our belts and are preparing for our run in Amsterdam at Perdu. It’s been really satisfying to watch it grow and connect with different people. We can’t wait to see how people react to it here.

Grace – I love creating worlds, writing is a way of sharing a little piece of yourself with the world, and exploring ideas and perspectives you might not have otherwise. I love hashing out ideas with Bryony, we’ve had so many good chats whilst doing this production together.

What are the negatives?
Bryony – The lack of routine is a blessing and a curse. Also a lack of stability; you don’t know how long it’s going to be till you get another job.

Grace- Instability is a big one. Also you never really switch off. For a lot of jobs, you can just stop thinking about it as soon as you leave the office but I’m always pretty much always just thinking about things I have to do for ‘WET’ and other projects I’m writing. I have to remind myself to take an occasional evening off and just relax.

What has been the highlight of your creative career?
Bryony – This will be the first time I will have seen ‘WET’ up on stage (I was acting in the London production) so I think this run at Perdu will be a definite highlight for me: seeing my work up onstage.

Grace – Seeing ‘WET’ onstage was a goal of mine so I was so pleased when we got a chance to put it on in London. Having it on overseas will definitely be amazing and not something I could have seen myself achieving if it wasn’t for Bryony.

What are your plans for the future?
Bryony – We want to bring ‘WET’ to more audiences across Europe. We are also working hard on our next production for 2019, which we’re really excited about…!

Grace – Bryony and I love to work in Amsterdam so we definitely want to put on more work here.

The Joys of Living Small Inspired by tiny house blogs, small apartments, Instagram accounts, Pinterest, and the captivating documentary film Tiny, my own fascination with the tiny house movement…

5 awesome places to eat & drink in Porto After our culinary tour of the Alto Minho region, which you can read about in my previous post , we arrived in Porto and…

A few weekends ago, in need of a change of scenery, my boyfriend and I took the train south to Belgium. Antwerp is just…