Amsterdam is awash with places claiming to serve “Holland’s best fries” but I do believe I’ve found the real deal!

Now first up these aren’t Dutch fries, these are Belgium fries… don’t ask me what the difference is, I have no idea. From now on I am going to refer to them as chips, because I’m British and that’s what we call them! I was lucky enough to sample them at the start of a cycle trip with my boyfriend, who had been alerted to the chip situation (chip-uation? maybe not) by a friend of his.

We found the magical chips at a humble roadside cafe between the  Amsterdamse bridge and Spaarnwoude bridge.  No statements of grandeur here, just a cobbled together cafe. 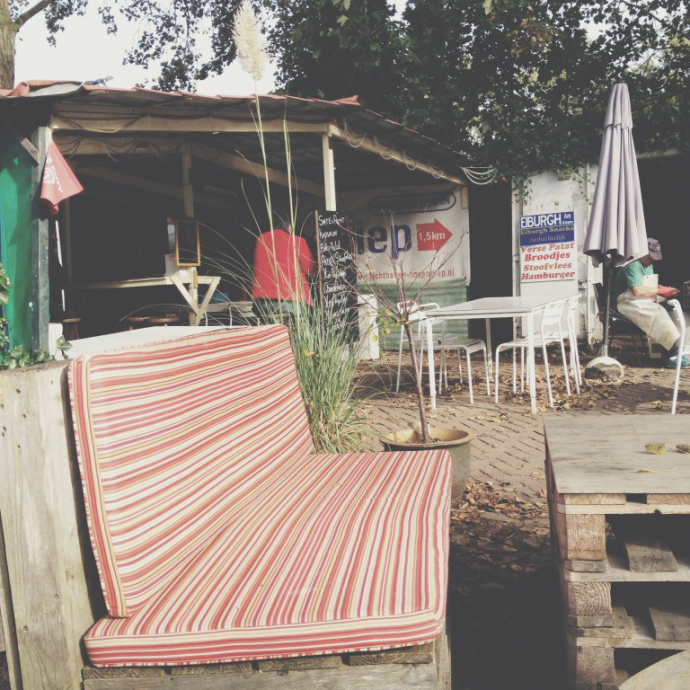 The chips were fresh, I know this because we had to wait for them and I watched an old man pealing the potatoes outside (I assume he worked there and wasn’t just doing this for fun). They were crispy on the outside and soft on the inside – I don’t really know what more I can say about chips so I’ll leave it at that.

How to find it – I’m not even sure this place has a name, let alone a website or place on google maps – so click here to see the Holland Speed Boat centre which is right by it and you shouldn’t go far wrong.

Things that suck when you’re an expat I've been away from the UK for well over a year now and have no intention of moving back. Sure, I have the occasional…

Amsterdam Food Tour (on a £50 budget) If you're a regular reader of my blog you'll know I love writing travel tips for cities. When the lovely folk at WeSwap challenged…

Impressions of Bosnia It's hard to know where to begin with this article. I grew up watching the conflict in Bosnia unfold on the TV. At the…